Over the Christmas period the NDA studio had a complete refit ready for the run of new courses in 2012. Along with sprucing up the place with new carpets and wallpaper, some new lighting features were installed to demonstrate emerging technologies and show how important light is when planning Interior Design projects.

NDA has embraced the LED revolution.  It’s a simple fact that over the next few years LED lights will become prevalent in Interior Design. But its not just a matter of replacing one kind of light bulb with a new kind, LED lights are are so versatile, so small and produce so very little heat that they can be used in ways that have not been seen before; the only limit is your imagination.

The main lighting in the new studio has been installed in an overhanging ceiling unit that uses 600mm square  panels that are 15mm thick, each one edge lit by LED’s creating very clear bright light for students to work under. Around the edge of the ceiling unit are self adhesive strip LED’s to add extra sparkle.

At the front of the studio and in the main hallway colour changing self adhesive LED srips have been installed. These lights are dimmable and can change colour using the RGB spectrum to set mood and atmosphere.

At the front of the studio a new wall has been built to create extra storage space behind it, but also to allow three light boxes to be built. Using fluorescent tube lighting, these light boxes demonstrate how different colour temperatures affect how the colours in different materials can appear, for example two different coloured fabrics can look like the same colour under a certain light, but as soon as the colour temperature of the light changes, the difference in the fabric colours becomes more pronounced.

The top light box is set to 6500K which is toward the blue end of the colour spectrum and replicates bright daylight, as used for the main studio lights. The middle box is set to 4000K which produces a warmer, more orange light. The bottom box is set to 3000k creating an even warmer colour. Being able to see how light affects materials, finishes, textures etc helps students to choose appropriate materials for different rooms, for example a bedroom or dinning room is more likely to use light in the 3000 to 4000k range because of the light bulbs commonly used, whereas a conservatory will have lots of natural light so will mostly be in the 6500K range.

The colour temperature of light doesn’t just affect how colours appear, they also affect peoples mood and behaviour. Look at how fast food restaurants are lit using warm lighting near the counter to make the food more appealing, then bright cool blue lighting in the eating areas to encourage patrons to move on quickly after eating. Compare that to a more expensive restaurant, where the lighting is warmer and dimmer in the eating area to make people feel cosy, relaxed and more likely to stay for dessert and coffee.

For more information about how the use of light affects people in interior design visit the Philips Innovation stories web page for an excellent collection of interviews with interior designs and achitects on the subject. 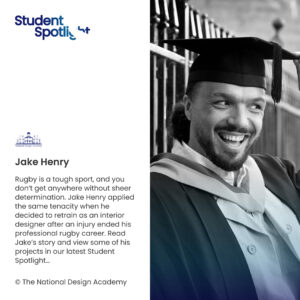