Interior design TV shows have been a reality TV staple since the early 1990s. But as much as they may elevate the profile of the interior designer, do they do more harm than good? Almost every TV channel now has some kind of interior design programme on their schedule but are any actually credible? Or are the disasters and outlandish schemes all just orchestrated to increase viewing figures?

This is the topic covered in the final episode season 1 of The Awkward Corner. Listen below or read Stephen’s blog of some of the best and worst moment interior design TV shows of the last three decades.

Everyone has a favourite, whether it is a guilty pleasure or just somewhere to go for design inspiration. Interior design TV shows have been providing us with entertainment and information for numerous decades now, and our appetite for sneaking a peek into other peoples’ homes shows no sign of letting up.  While many people tune in for the latest decorative drama of their favourite program, design shows have, over the years given us genuine insight into how we might take encouragement when thinking about decorating our own homes.

In an article last year, Ideal Home Magazine published a list discussing the UK’s favourite interior design makeover shows.  Coming out on top was Escape to the Chateau, with Dick and Angel Strawbridge.  For those who may not have seen it, he show follows the couple over the seasons, as they renovate their 19th century French chateau into their dream home.  Not like other TV makeover shows, Escape to the Chateau actually documents the couple’s approach to finding ingenious yet inexpensive design solutions while refurnishing and modernising their home.  Perhaps that is what makes this show different to most of the others featured on our screens.  The practicality and advice given by the design duo, offers viewers a realistic understanding of what goes on when tackling such a project, as well as offering a plethora of great design inspiration.

Another show that has offered this over the years has been Grand Designs, presented by the ever-affable Kevin McCloud.  On our screens since 1999, it is the longest running of the home or interior design shows, providing motivation to both architecture lovers and DIY amateurs alike.  However, in recent years, the show has become something of an aspirational highpoint of design shows.  Portraying builds that for many, are simply just fantasy.  Nevertheless, there are still elements within the show that continue to be a great source of ideas and creativity.  Of course, you cannot mention Kevin without referring back to his earlier days in TV, when he was a guest designer, amongst others, on the BBC show, Home Front. On TV between 1992 and 1997, the show offered viewers advice on various DIY projects they could try around the home, a magazine style show in format, it provided the first concerted effort at guiding and advising people how they could experiment with interior design projects.

As Home Front was coming towards the end of its run, another show was bursting onto TVs across the country.  The arrival of Changing Rooms was loud and colourful, matched only by one of the show’s most charismatic designers, Laurence Llewelyn-Bowen, who, along with Linda Barker and host Carole Smillie, became household names.  The show was the first to bring in the element of jeopardy to the makeover genre.  Encouraging best friends or neighbours to decorate a room in each other’s houses, under the watchful direction of the designers.  Whatever opinions were had about the final design of the rooms, the true value of shows like these is in their can do attitude.  Allowing people to feel comfortable to not only express an opinion about design, but more importantly to have a go themselves at experimenting with interior design.

A Lack of Depth

Interior design TV shows like Changing Rooms have come under criticism over the years, alongside others like 60 Minute Makeover; the quick fix makeover format left a lot of people underwhelmed by poor finishes or shortcuts for making things look ‘good’.  In fairness, this was not unwarranted, as a number of rooms looked like they needed a great deal more time spending on them. Which for many people is the real problem with these shows, particularly those of us in the industry.  While it makes for great TV, there is a lack of depth to them, which can result in poor execution and lack of overall concept. However, this is television and that is the trade off.  It is always unlikely you will cover the full scale of a proper room makeover into an hour’s TV viewing.

In recent years, broadcasters like the BBC have taken a fresh approach to televising interior design shows, with programmes like ‘The Great Interior Design Challenge’ and subsequently Interior Design Masters.  Both shows retaining the element of competition, with contestants’ given the same design brief and similar spaces to makeover with a limited budget and the use of technical help.  They did provide a little more insight into the more conventional working practices of interior design. With the amateur designers developing concept boards and having to justify their design decisions.

Ultimately, these shows were good fun and certainly showed a different approach to how interior design is presented on TV, but there will always be that sense of things being rushed, how quickly it can be done.  Doing little to recognise the true value of interior design.  Like anything you want doing well, it takes proper time.  Which is why for many interior design professionals, shows such as these will often leave us frustrated.  The exposure and reach that TV provides for the interior design is great and I wouldn’t want to diminish that, but for someone who cares passionately about the subject, it would be great to see, a show that justifies the skill and application it takes to put a really great piece of interior design together.

Catch Up With The Awkward Corner 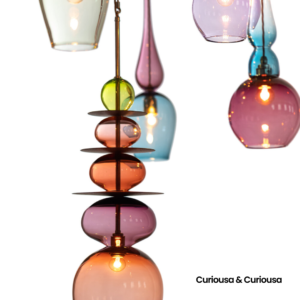 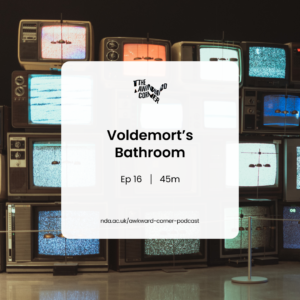 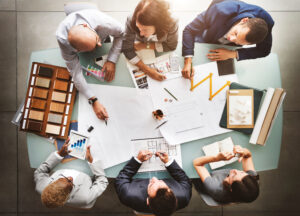